Our Price: Call For Price 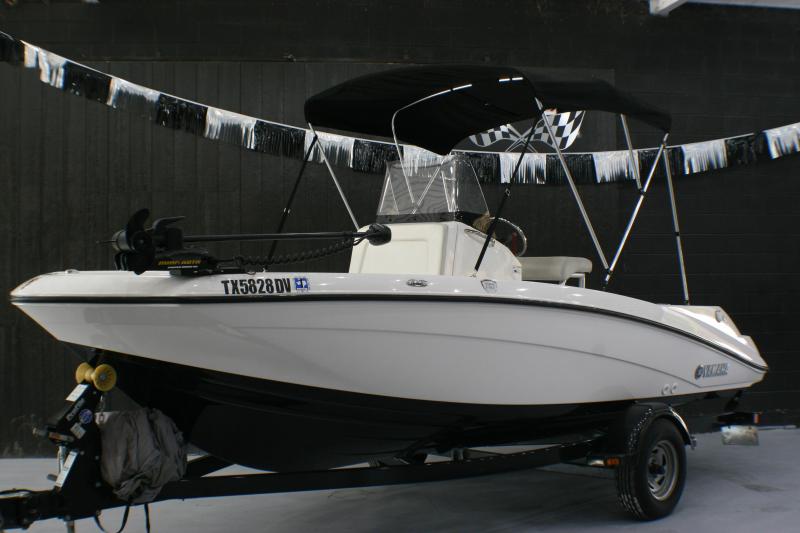 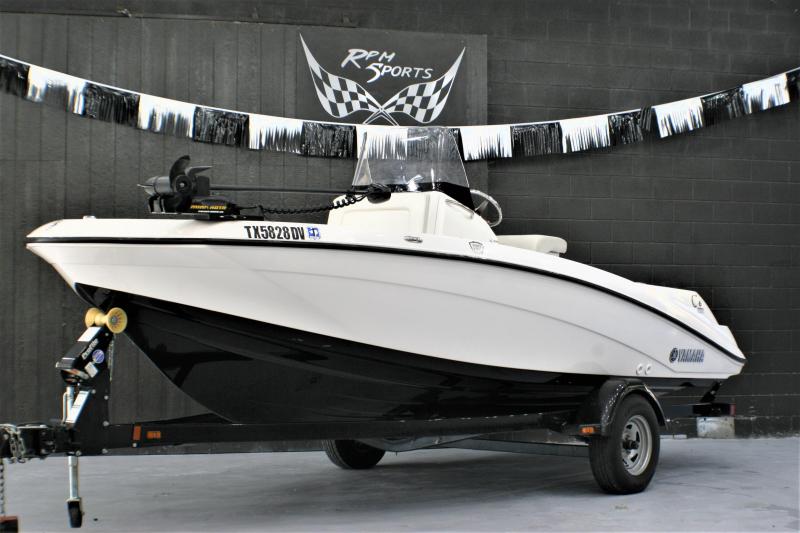 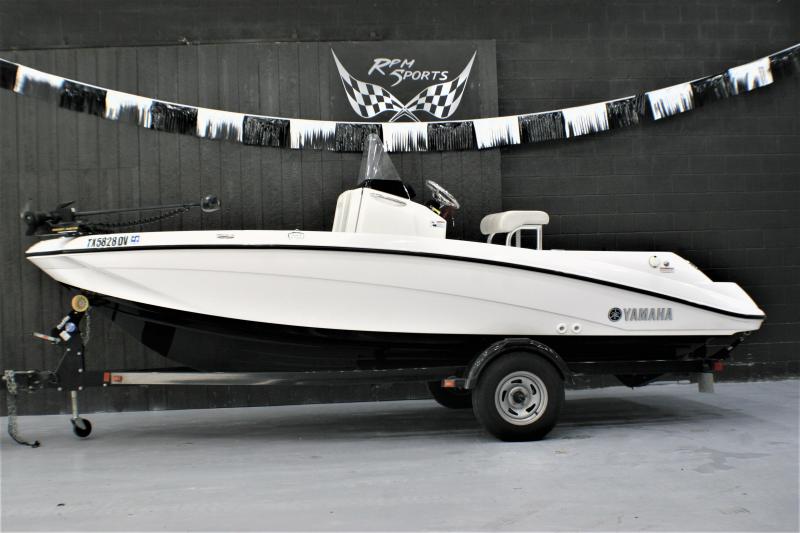 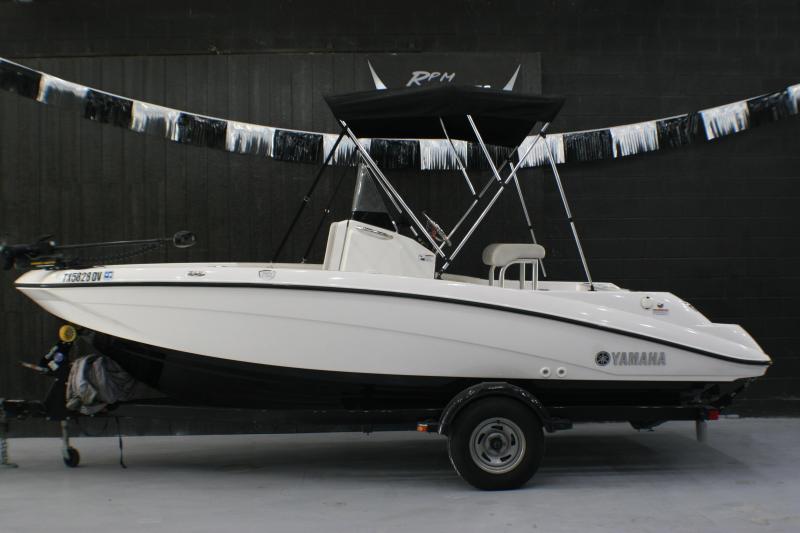 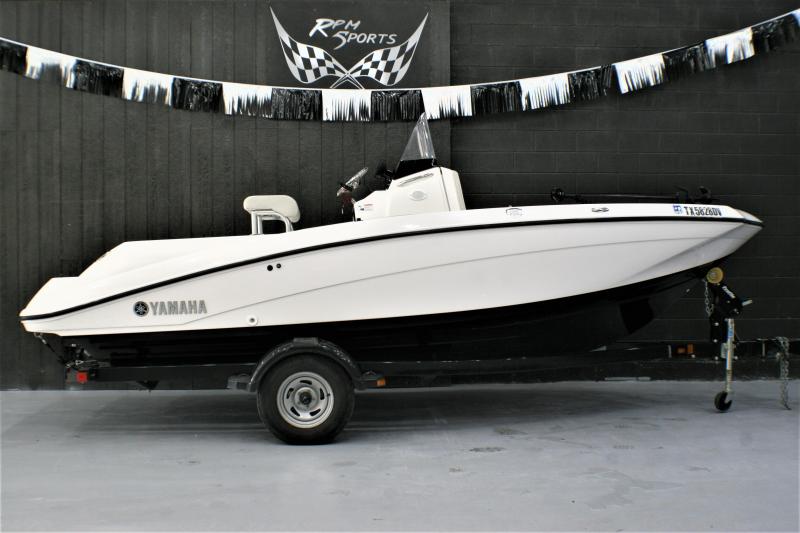 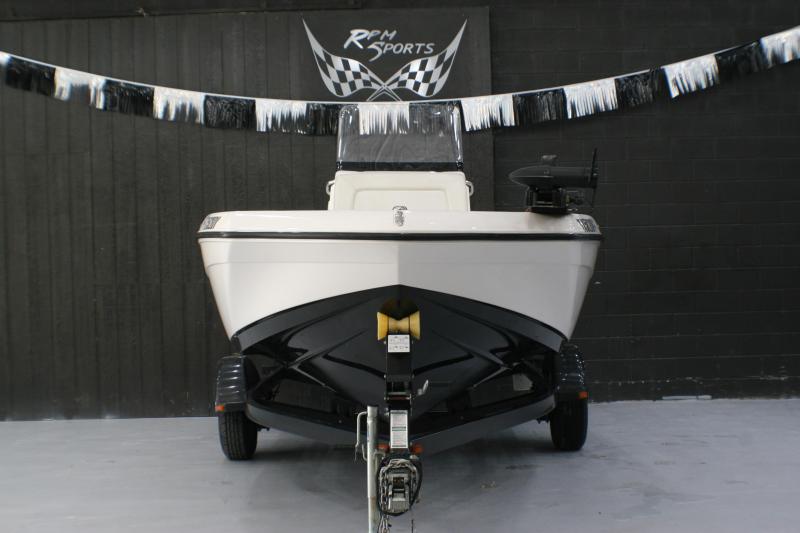 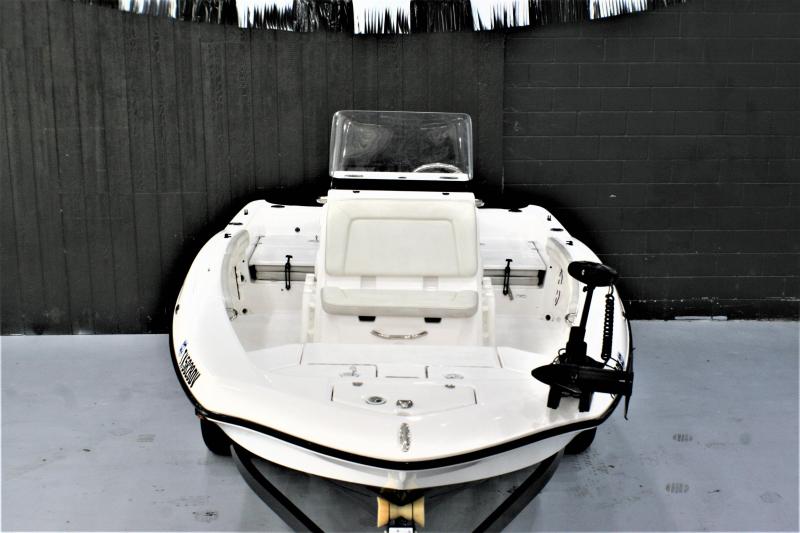 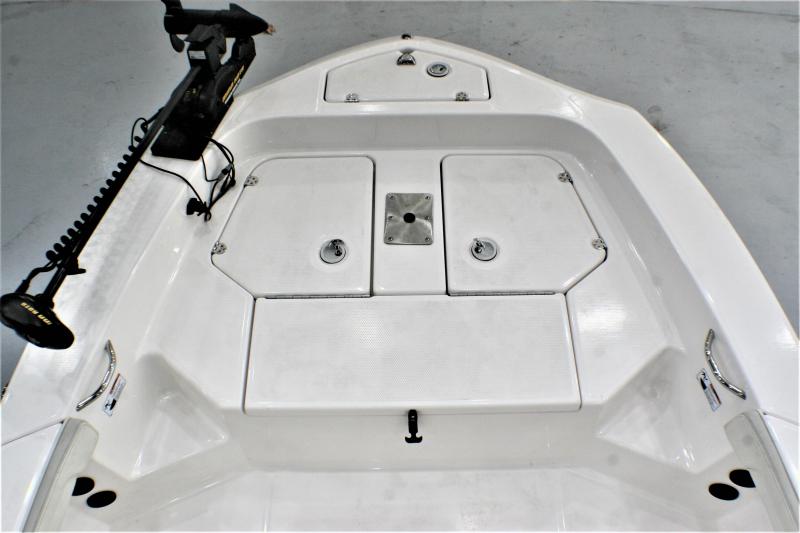 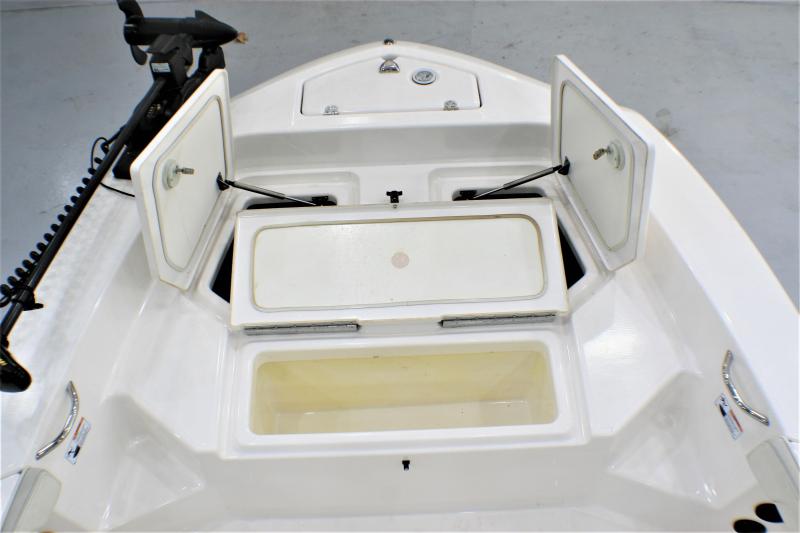 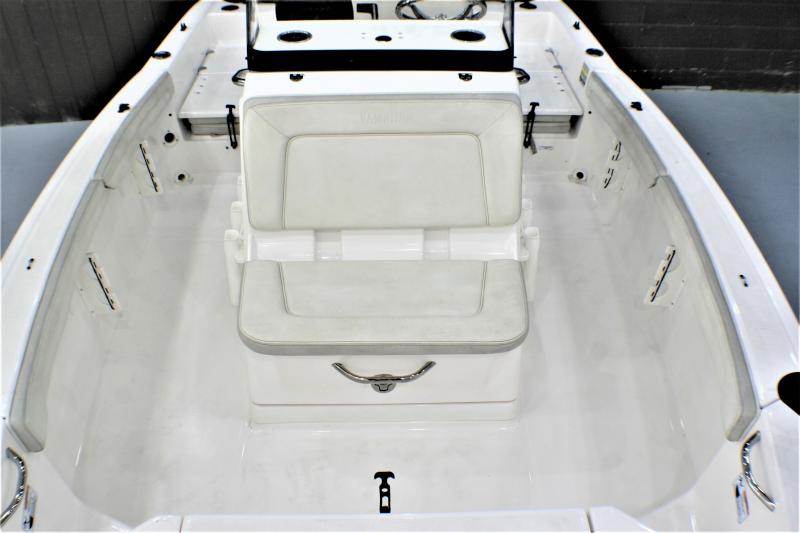 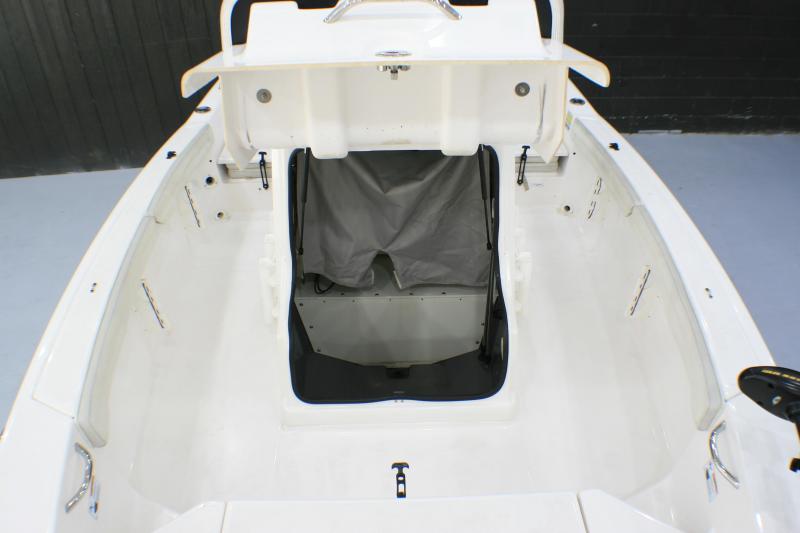 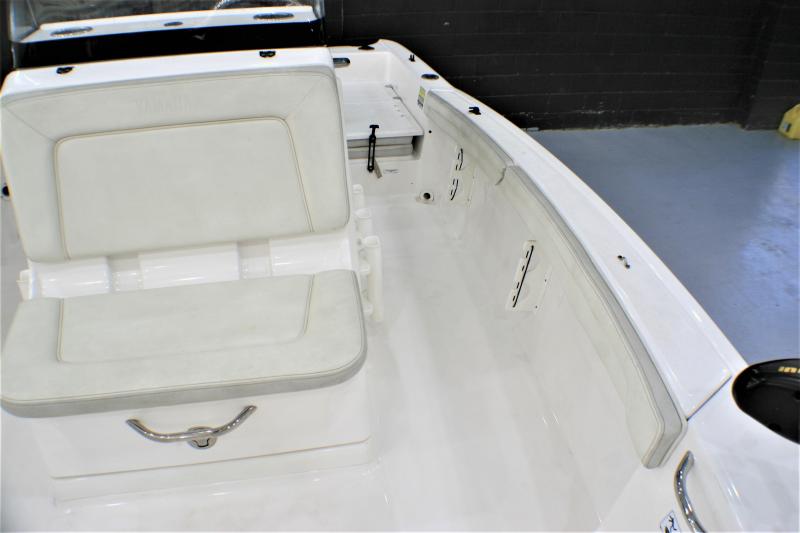 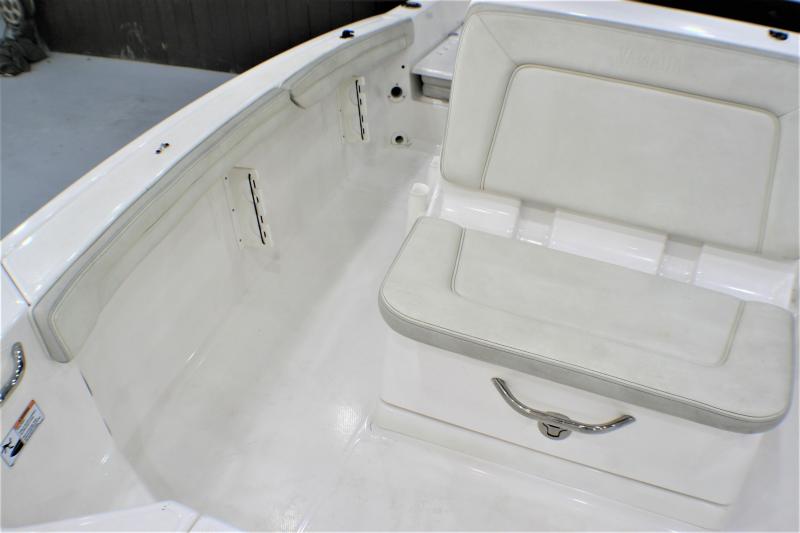 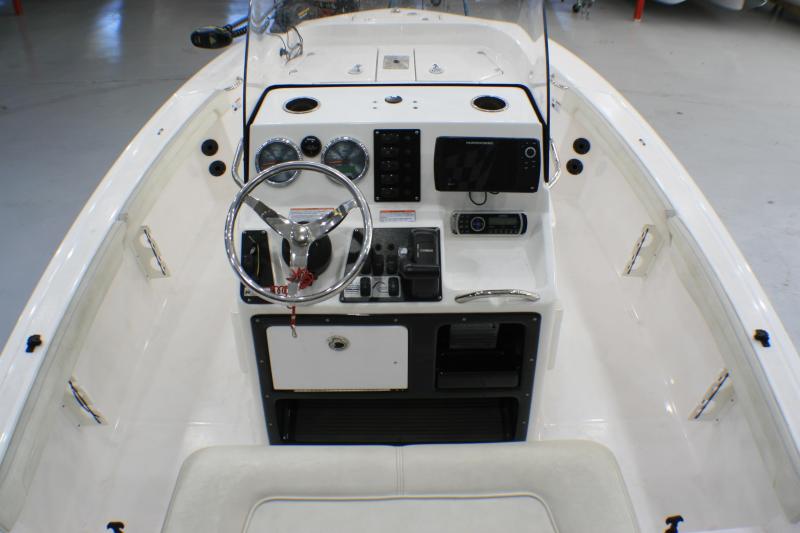 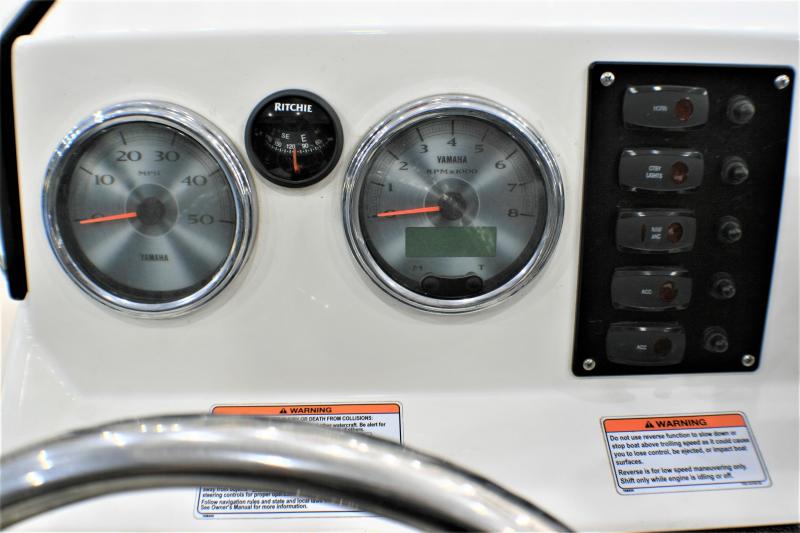 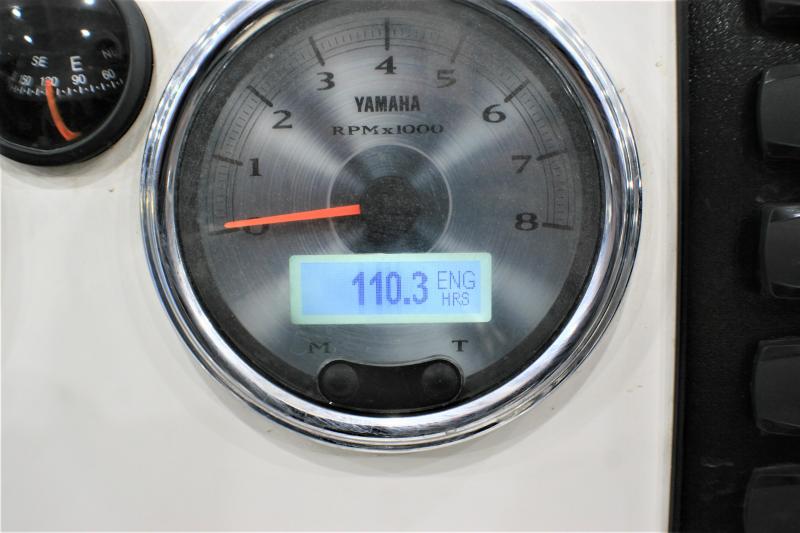 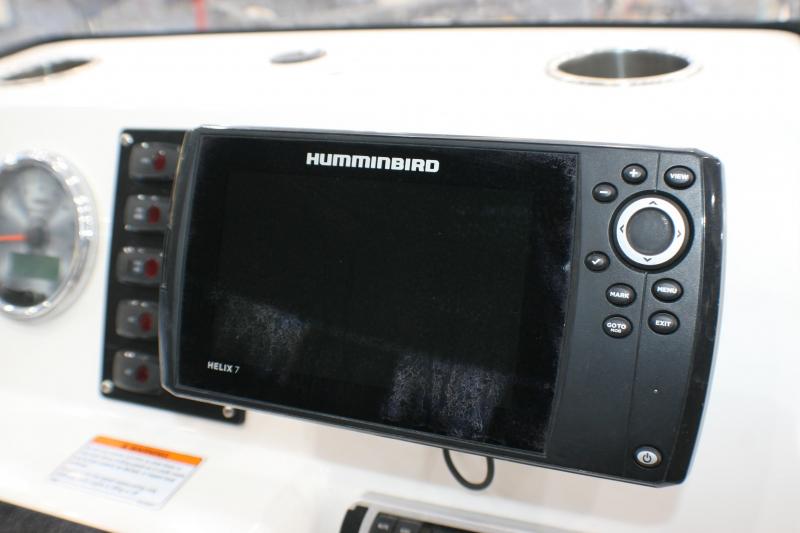 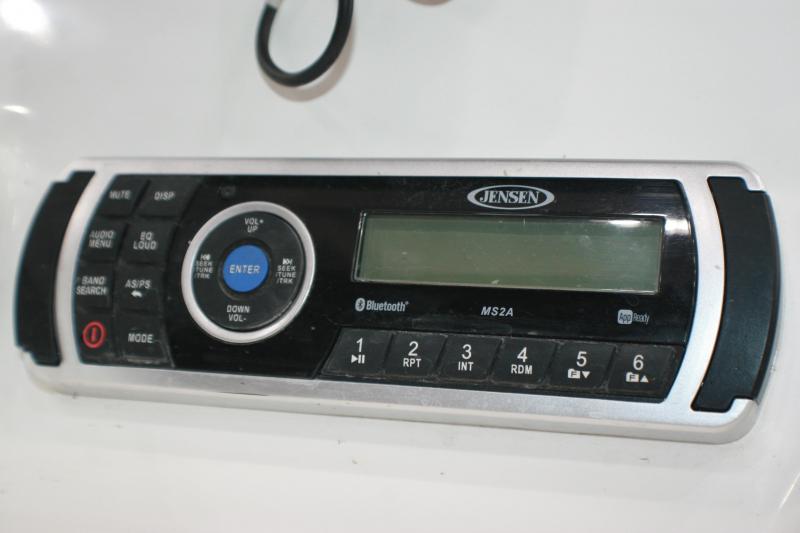 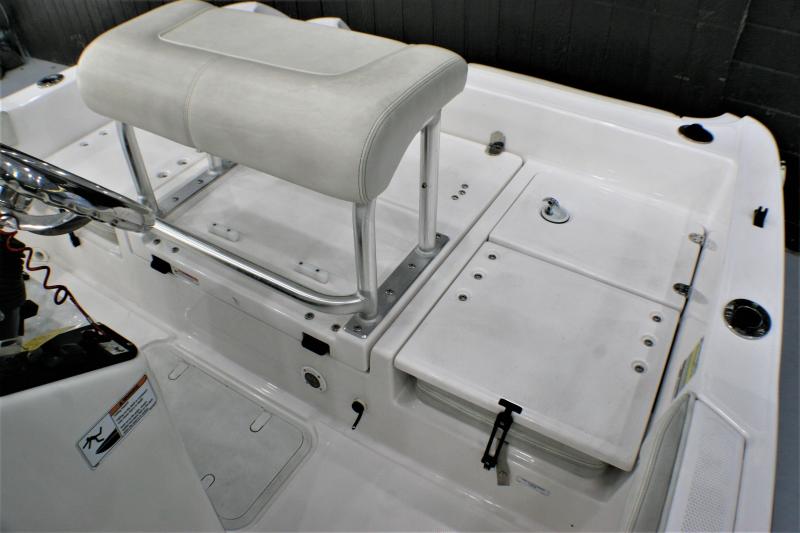 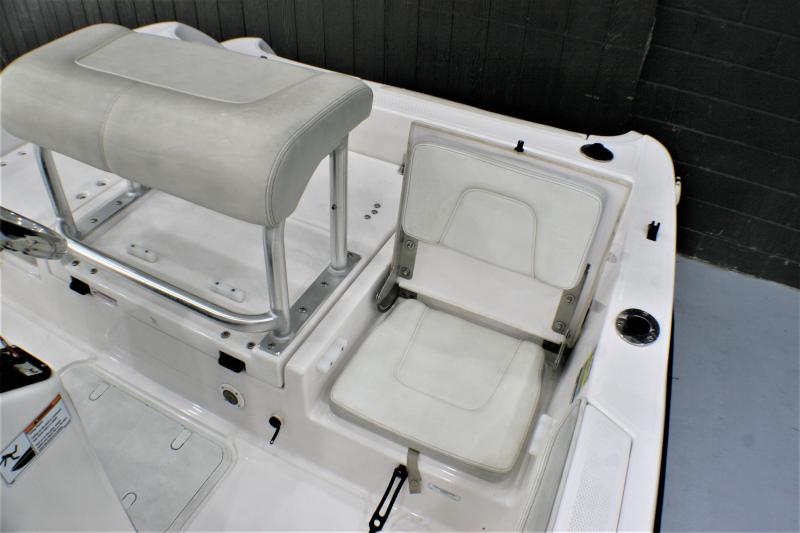 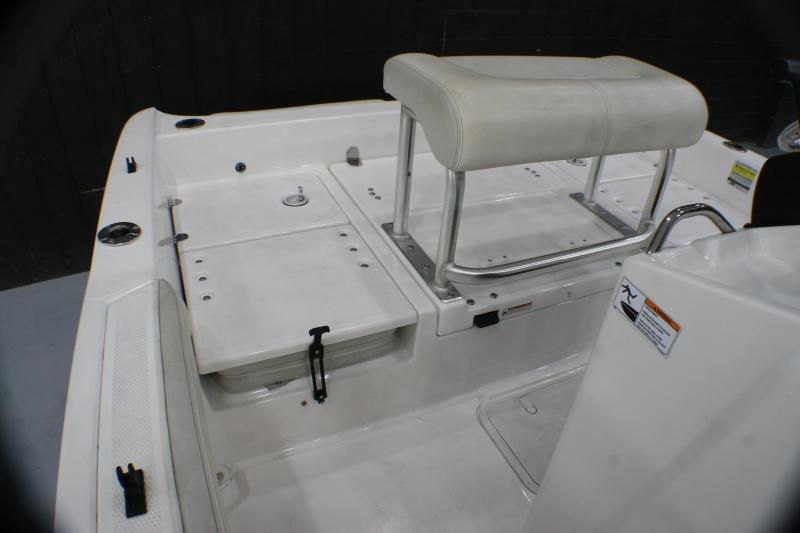 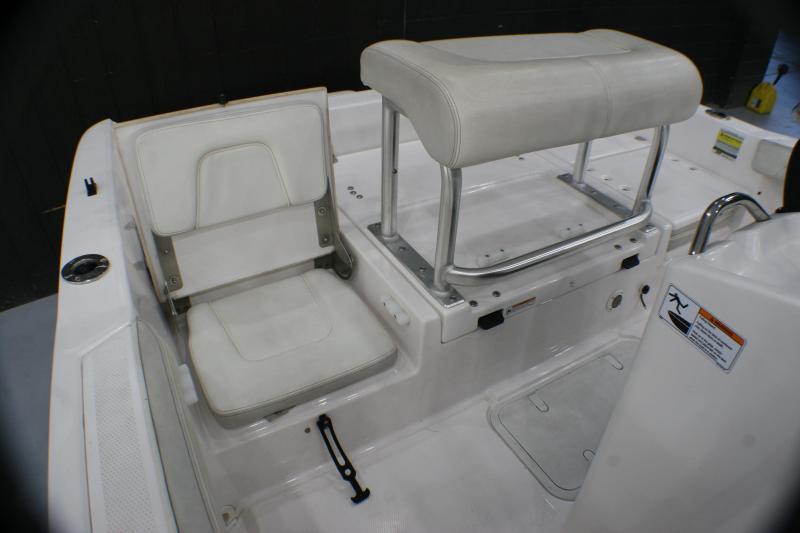 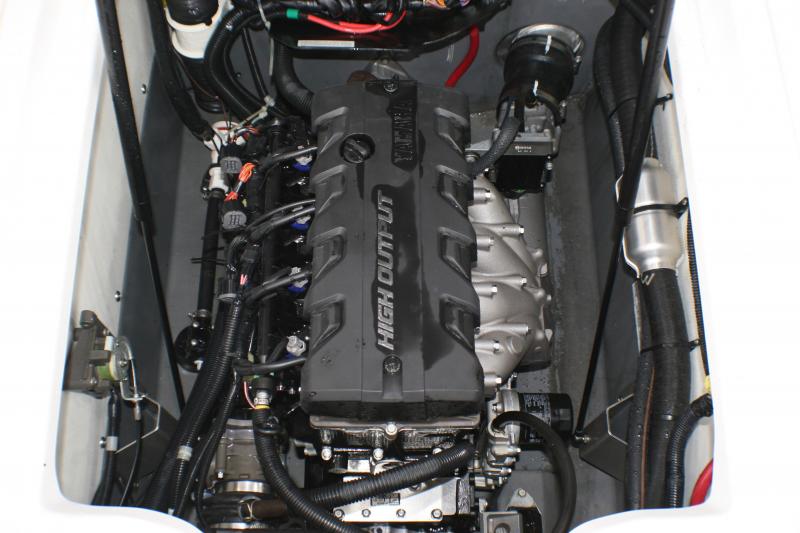 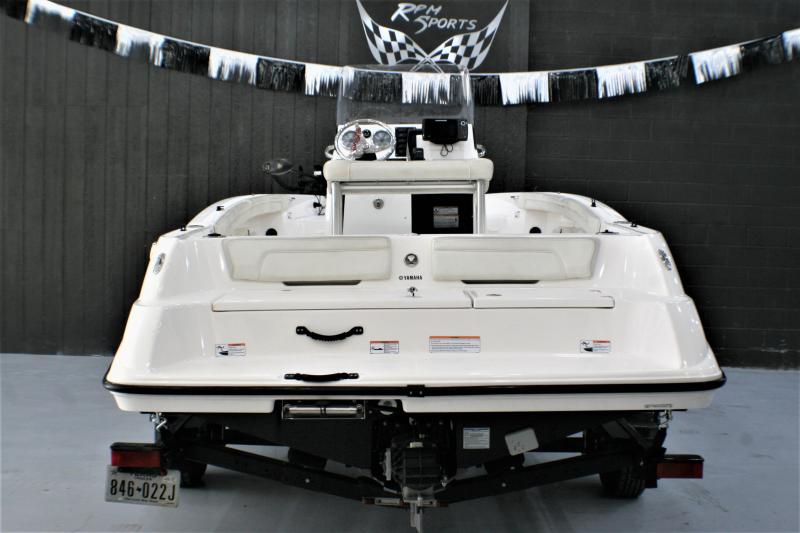 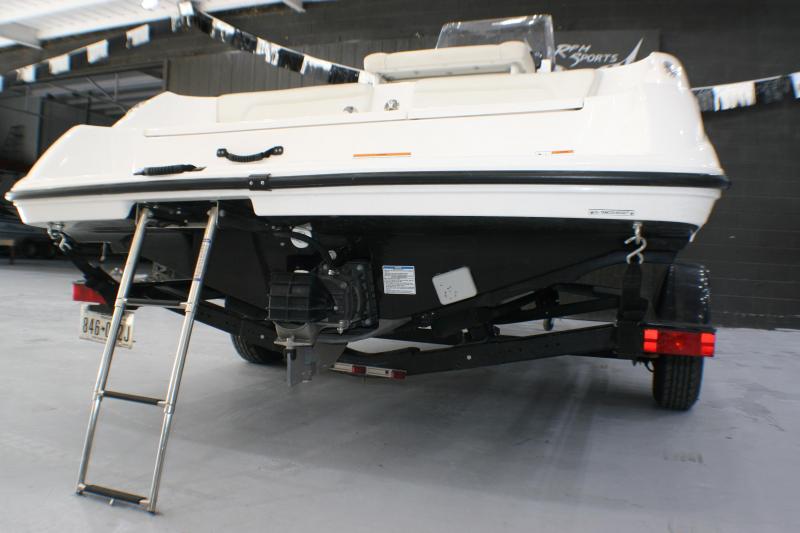 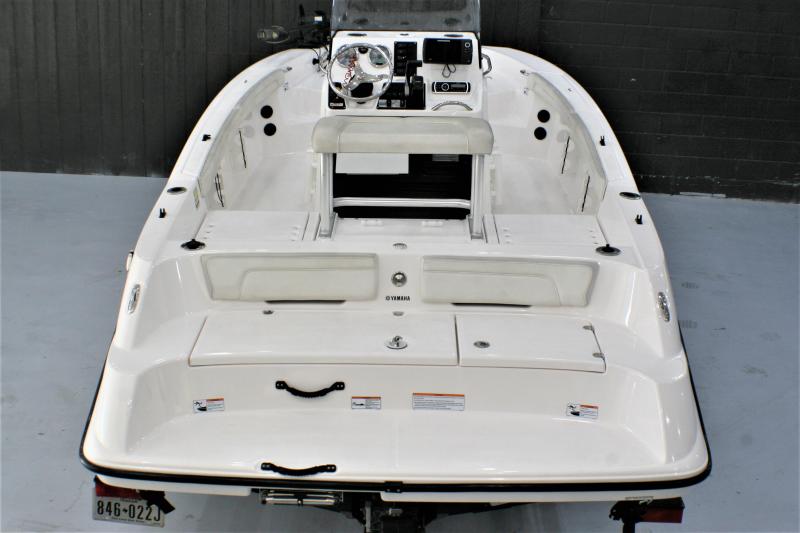 This should be called a Tiger Shark, because its last trip out before trade in, the man caught an 8' 300 lb. Tiger Shark. Had to shoot it 15 times before they brought in the boat. Maybe this boat is the charm. Its center-console design sets the tone for its fishin' mission, and.... it has plenty of space for installing big-screen electronics --- either flush mounted in the dash or on a gimbal on top of the dash, which has a lip for containment of loose items. The double-wide leaning post sits high to accommodate a standard Igloo Marine cooler.

Six vertical holders are on the sides of the console and four more horizontal racks are under the gunwale, with four more in-gunwale holders. Useful fishy features include an 18-gallon aerated live well in the stern and a coaming pad that encircles the cockpit to protect knees during fishing. For storing the catch, an insulated cooler is set into the casting deck. There's a raw-water wash-down that's tied to the jet drive system and eliminates the need for an additional pump.

Powering this 190 FSH is a Yamaha 1.8L High Output four-cylinder, 180 HP engine which moves efficiently and only draws 16 inches. The real beauty of this engine is its compact size, which makes the roomy accommodations in the back possible. The lack of a propeller makes it attractive for owners with teenagers who will be driving the boat. Passenger capacity is eight, and there's plenty of seating for all. On either side of the leaning post, which can hold two passengers, are flip-up jump seats. On the casting deck is a thick pad for two more passengers, and in front of the console is a doublewide seat with a tall backrest for comfort. For cranking out your personal soundtrack, there's a two-speaker Bluetooth stereo.

We have great, virtually unbeatable, financing, insurance and warranty available and usually can have you pulling it down the street the same day. Don't wait around too long.

Our Price: Call For Price